5 reasons to have sex when you’re on your days

Having sex on your period is not an option for you? We explain why you should reconsider this setting and what else you’re missing out on

A lot in life doesn’t really fit together. Often, for example, you get your days, and right now you really feel like having sex – and sex on your period doesn’t work at all. Or? Many find that “kind of disgusting”

But is that really that bad? Nonsense! We dispel all prejudices and explain why you should give sex a chance during your period.

Why is sex taboo on your period?

“Have the strawberry week”, “have the red aunt over there” – there are a thousand code words for the rule. This alone shows that the female period – and therefore sex during it, of course – is still a taboo topic and women (and men) are reluctant to address it. This is based on prejudices from ancient times that still exist today.

In some cultures women who have their periods are even considered “unclean”, and here too the subject is often filled with shame. According to the Hygiene Matters Report from the cellulose manufacturer SCA LINK, just one in five women in Britain has ever spoken to her partner about her period. Sex is then not an issue at all. Let’s change that!

5 reasons to have sex during menstruation

It is one thing when someone cannot or does not like to see blood. It is another thing to forego the most beautiful thing in the world just because of prejudice and misconception. Enough with that, here are 5 reasons why you should have sex on your period:

1. Having sex on your period is not a blood bath

Mixed with semen, the mixture can of course leave stains on sheets and marks in the genital area. So if you’re into clinically clean sex (or him), you’d better leave the bloody act of love. If you love it realistically and passionately – give it all a chance!

Of course, it is not uncommon for you to suffer from headaches, nausea and mood swings during your period – the desire for sex is then limited.

But on some days you really feel like having sex! This pleasure usually begins on the second day of the rule. The sex hormones estrogen and testosterone, which reach their minimum in the blood on the first day, then rise rapidly and promote libido.

The vagina is extremely well supplied with blood during menstruation. Because it makes you more sensitive and arouses faster through touch, you also reach the climax better.

Okay, that sounds nasty at first, but it is like this: Blood is the most natural lubricant in the world. So you can safely save yourself the lubricant – provided you are in the middle of your period, because in the last few days you have hardly lost any blood.

5. Sex works better than any medicine

When women are tormented by menstrual symptoms, sex can be the solution. Sex is relaxing and can even help relieve headaches and cramps. Reason: During orgasm, happiness hormones are released, which can at least temporarily alleviate the symptoms.

Can I get pregnant if I have sex during menstruation?

That’s fine! The chance of ovulating during your period is relatively low, but it cannot be ruled out. Women with irregular menstrual cycles, in particular, can become pregnant during menstruation unless they use hormonal contraception.

Also, keep in mind that sperm cells can survive in a woman’s genital tract for 5 to 7 days. If you use the pill or a hormonal IUD for contraception, the protection against unwanted pregnancy is high even after men’s sex.

Can I get sexually transmitted diseases during my period?

Unfortunately, yes – as a woman, the risk of infection is even higher. During your period, the cervix is ​​a little wider than usual. This makes you more susceptible to STDs.

But: In a partnership, the partners usually know about any sexually transmitted diseases of the partner and use prevention accordingly.

What should I watch out for when having sex during menstruation?

Were we able to convince you with our arguments? Then you should only pay attention to the following points in order to be perfectly prepared:

Be honest with your partner about the topic and explain why having sex on your period is great. After all, you are then more excitable, have an easier orgasm and the released happiness hormones work wonders against headaches and mood swings.

2021-02-02
Hannah Daugherty
Previous: How to find your new love in 8 simple steps
Next: When these 8 signs show you should break up 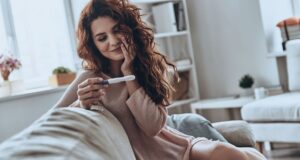 These are the best flirting lines for men 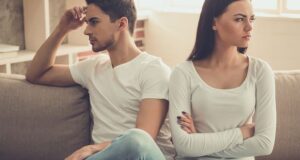 How To End A Relationship The Right Way

It’s the little tokens of love that women want from men. How to make your loved one happy without much effort – not only on International Women’s Day Admittedly, it is ...