11 Ways You Can Really Help People With Depression

Because in Britain around 11% of the population suffer from depression or a depressive phase at least once in their life and the number of unreported cases is much higher, here are 11 ways in which you can better understand someone who suffers from depression, how you can better understand yourself can handle and which things do not help at all – and which even more:

In Britain more than 10,000 people die every year from suicide, more than from traffic, drugs, murder and AIDS combined. Depression is one of the most common causes. This number alone should make it clear that depression is not a bad mood because no one would kill themselves because of it. Recognizing the disease as such, with all its risks and side effects, as well as the healing options, is the first important step in approaching those affected with respect.

Because depression feels different for everyone and it is hardly palpable for those who are not affected, it helps to first find out about the medical reasons for it and to read personal reports or ask them directly. The more clearly the individual depression is described, the easier it is for outsiders to find points of contact for their support.

There is often a deep communication gap between the depressed and the outside world: those affected are ashamed of their illness with all its unpleasant side effects and are therefore inhibited from talking about it or even asking for help. At this point, friends and family can provide great support by proactively but sensitively asking questions. What do you need right now? How does it feel? What would have to happen now to make you feel better?

Where asking questions is the first important step, impartial, patient listening is the next. Even if what the person concerned is telling goes beyond the boundaries of logic and their own perception – their view of the world and self is not thought out and no means of attracting attention, it really feels that way. It is difficult to accept that, but those who always deny their perspective only push depressives further into the spiral of feelings of guilt because they see things so “wrongly”, but at the same time cannot do otherwise.

Depression is, surprise, not a cold that is over after ten days, even if the number of handkerchiefs used is often similar. The progress and learning processes that depressives make are sometimes faster or slower, there are setbacks, flights of fancy and in between many, many repetitions and conversations that are similar in content. It is precisely at this point that perseverance and patience are essential, because even if the rewarding, visible success for outsiders does not materialize at first, the depression becomes a little more manageable with each new confrontation.

The suffocating sense of shame that depression brings with it is a paralyzing emotion, and at the same time the antennae for external condemnation are particularly sharpened. That is why it is important to avoid any kind of condemnation, devaluation and assignment of blame, even if, as a person not affected, one feels completely in the right and with a clear view.

Kettcar sang “The opposite of good is well-intentioned” and well-intentioned advice is sometimes the first thing depressive people hear from their environment. Unfortunately, because their illness does not follow any rational rules, they are absolutely ineffective. They tend to provide distance and retreat, because it feels somewhat stupid when a clever calendar statement is countered to one’s own complex inner life, assuming that it would help. Things like “Don’t let yourself get down like that”, “I was also sad the other day”, “Pessimusm doesn’t help now” or “You just have too much time to think” can be deleted from the repertoire without replacement.

8. Help where help is needed

The need and amount of concrete, practical help that the person concerned wants is just as individually different as depression itself. Too much mothering and interference can quickly become overbearing for depressed people and feel like “You are not viable on your own” Elsewhere, support may be secretly hoped for, but the inhibition threshold is too great to ask for it. The same applies here: Asking questions helps. And if no help is wanted at all, that should be accepted as well.

Motivate, motivate, motivate: Without constant outside encouragement, it is almost impossible to convince yourself that you can make your way out of the gloom during a depression. By the way, motivation can also mean challenging the depressed person with critical questions to reflect on their own illness over and over again. Or to encourage them to look for another therapist who is better suited to you. Or to send the person affected the above, very great video by Neil Hilborn, who has managed to make friends with his disease and all its symptomatic excesses (!).

As important as it is to be there for the depressed person, it is just as important not to forget yourself. Not only because weakened and drained you can no longer help well, but also because a positive example of self-care in the immediate environment can be a good influence and role model for depressed people.

11. Hold the flap and hold it tightly

Because sometimes that helps more than anything else combined. Point.

Previous: This really helps with depression
Next: These warning signs indicate depression 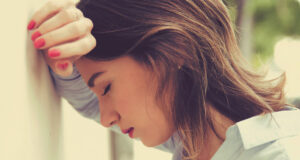 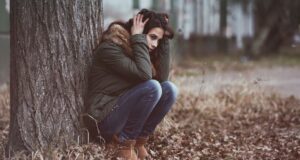 Impostor Syndrome: Constantly afraid that you can’t do anything?

When and why pills for depression make sense

Many consider depression to be a temporary phase that no one needs pills for. Those affected suffer greatly, and antidepressants can often help. Tablets are part of everyday life. Unpack the blister ...